Home to a staggering number of TV shows and movies, Disney+Hotstar is a very popular OTT platform in India. It also has its own repository of Disney content. The movies on Disney+Hotstar range from romantic comedies, to action thrillers and even include some horror movies. There are movies based on a variety of themes, and there’s something for everyone. So which are the best movies on Disney+Hotstar? Read our list and find out. 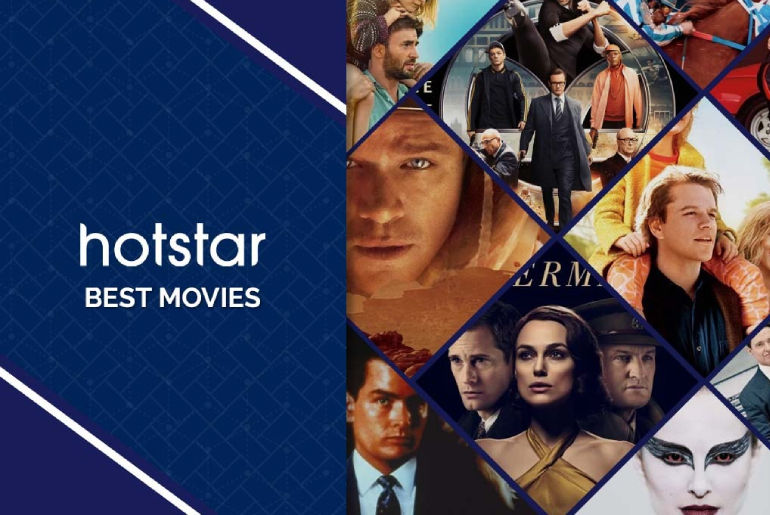 This original movie by HBO is based on a true story of one of the most famous school fraud cases in the history of America. The Long Island village of Roslyn is the setting, where two school district employees duped the school district for millions of dollars. Dr Frank Tassone is the prime suspect in the case, masterminding a heist of around 11 million dollars from the Roslyn school district. In the movie the discrepancies in the school’s finances were chanced upon by a student, writing an article for the Roslyn High School paper. This movie makes for a fascinating watch.

The Art of Racing in the Rain

If you are a dog person, this movie is just for you. Presenting the perspective of a Golden Retriever called Enzo, who happens to be the dog and friend for a racecar driver. The movie spans Enzo’s life, with his master getting hitched, having children, losing family and more. Expect a feel-good heart-warming story that is sure to have you hooked. The feel-good emotional ending may induce waterworks!

Murder on the Orient Express

Released in 2017 on Hotstar, this is one of the most entertaining movies in the platform’s catalogue. This movie is based on a thriller by Agatha Christie, and follows a murder investigation on board the Orient Express Train. The obsessive-compulsive Belgian detective Hercule Poirot decides to solve the mystery. Unbeknownst to him, each person on the train is a suspect. A consummate thriller, this is sure to have you hanging from the edge of your seat.

We Bought a Zoo

Released in 2011, this lovely family movie is one of the best on Hotstar. Heart warming, it is based on a true story. The story revolves around a widowed father who purchases a rundown zoo, and together with his family, takes up the task of refurbishing it and bringing it back to shape. The children aren’t on  board with the idea, and the father has no clue of zookeeping. As time passes, the zoo reopening project becomes stressful as repair costs far exceed the family’s income. Can they pull through and get the job done? Watch the movie and find out!

This 2017 American drama revolves around the story of an uncle and his niece. Frank is the uncle, the legal guardian of seven-year-old mathematics prodigy Mary Adler (Grace). However, bringing up a gifted child can be quite a task, as Frank discovers. He doesn’t want to send his niece to a private school for high-performing children because of the family’s past experiences with such schools. Mary’s teachers get in touch with her estranged grandmother, i.e Frank’s mother to step in and convince Frank a custody battle takes place between mother and son.

This is a biographical movie about an American thoroughbred horse of the same name. The owner, Penny Chenery Tweedy, doesn’t know anything about horse racing or how to run a stud farm. However, this responsibility falls on her shoulders after her mother dies and father falls sick. Penny is quick to convert her love for horses into a profession. She buys Secretariat through a deal made earlier by her father. She then trains the horse, entering him in competitions despite all odds. That horse goes on to become the first to win a Triple Crown in thoroughbred racing in 25 years. Courage, determination and resilience are showcased in this movie which will leave you feeling a strong sense of hope.

One of the best spy comedies out there, this is based on a comic book series of the same name. The story revolves around a brash yet talented boy named Eggsy, the son of a dead British agent. Eggsy decides to steal a car but gets caught, and calls his father’s friend Harry Hart for help. He soon finds out that his dead father and Hart worked for an elite private intelligence agency called Kingsman. Eggy gets inducted into Kingsman after passing a battery of tests. He becomes a trainee spy and he and Hart work together towards exposing an internet billionaire called Richmond Valentine for his evil designs.

The Shape of Water

This supernatural romance movie is the directorial venture of Guillermo del Toro. Visually stunning with an original screenplay, the plot revolves around a speech-impaired girl called Elisa who works as a cleaner in a secret government facility. One day she discovers a closed chamber where a mysterious captured creature with a human-like appearance and emotional intelligence is being held. Elisa and the creature begin communicating in an unspoken language and get close. However, scientists at the facility have some evil designs for this creature and Elisa must help him get away before it’s too late.

The story revolves around astronaut Mark Watney, who is presumed dead courtesy a storm on Mars, and gets left behind on the planet till NASA realises he is still there. Mark hasn’t just survived, he has thrived by growing potatoes fertilised using recycled water and bio-waste. He starts running out of important supplies however, and NASA puts together a daring mission to save him and bring him back home. Direction, visual effects and outstanding acting make this a must watch.

This is truly a cult alien invasion movie which is a must-watch. This 1996 movie revolves around an alien attack on Earth, and how the motley crew of a satellite technician, a fighter pilot and the US  president save the day. There’s a sequel called Independence Day:Resurgence, but that isn’t as good as the original. The original Independence Day movie is a rollercoaster ride of emotions, one that you cannot afford to miss.

The story revolves around a talented yet disturbed ballet dancer, 28 year old Nina, who gets picked to essay the lead in Tchaikovsky’s Swan Lake ballet. Her director however begins showing favouritism towards her younger understudy. Soon, Bina starts experiencing hallucinations, imagining events that don’t happen. Will her mental illness mar the biggest performance of her life? What impact does it have on her life? Watch this movie and find out.

The last King of Scotland

This movie is loosely adapted from Giles Foden’s book of the same name. The plot revolves around a young Scottish doctor who journeys to Uganda to become the personal physician of the president. Becoming a close advisor of the president, the doctor soon begins to realise that his job isn’t what he thought he signed up for. This movie is gripping from beginning to end, and is a must-watch.

The Fault in our Stars

This is the perfect romantic movie. Sad and tear-jerking, this is a well-received tree. The story revolves around two teenagers, Hazel and Augustus, who meet and fall for each other at a cancer support group. Their information takes their journey of a lifetime but ends ultimately in an unexpected tragedy.

James Cameron is one of the finest directors of our generation. In this 2009 epic sci-fi saga, we see what happens when humans take over the moon, threatening the local tribe’s existence. This movie is a visual treat and should definitely be on your watch list.

Hamilton is one of the most popular musicals of all time, and tells the story of America’s founding father, Alexander Hamilton with a twist. This musical is available on Disney+Hotstar as a 2.5 hour movie. The musical has cast many actors of color to portray important historical figures.

This live-action movie is an adaptation of a 1998 Disney animated movie of the same name. The story is derived from Chinese folklore, and introduces us to an adventurous young girl who dresses up as a boy to take her father’s place in an imperial war. She fools everyone with her superior skills and becomes a worthy warrior. However, the imperial army soon discovers her secret, putting her in a spot.

Legendary automotive designer Carroll Shelby, and sports car driver Ken Miles, together with a bunch of American and British engineers, are on a mission to build the Ford GT40, a new race car that can take on the dominant Ferrari racing team at the 1966 Le Mans race in France. This movie has stellar performances by the actors and is a must-watch.

One of the best movies you can watch on Disney+Hotstar, this movie won awards for best picture, best actress and best director at the 93rd Academy Awards. The story follows a van-dwelling working woman who comes out of her hometown after her husband’s death, and travels across the US. She meets fellow nomads, learning basic survival skills and self-sufficiency skills for the road, and discovers herself in the process.

This dark comedy is set in 18th century England and narrates the story of cousins Abigail Masham, and Sarah, Duchess of Marlborough, both jockeying for position to become the court favourite of Queen Anne, who is suffering from gout. This movie was praised for its brilliant performances, and the leading actress won the Best Actress title at the Academy Awards, BAFTAs and Golden Globes for that year.

This movie has been directed by Ridley Scott, and its story follows Jean de Carrouges, a knight who challenges his former friend, squier Jacques Le Gris, to a judicial duel after the former’s wife Marguerite accuses Jacques Le Gris of rape. The picture presents different perspectives of the central characters, and a tight storyline, script and direction make it a must watch.

That rounds off the movies on Disney+Hotstar. So which one are you going to watch first?