Most of us might remember playing cricket in empty fields as kids. Since smartphones have become our daily drivers, the whole narrative and excitement manifested into the small screen, and now, there are hundreds of mobile cricket games to choose from. Cricket has a long history in India and is deeply ingrained in the country’s culture.

The sport is played and watched by people of all ages, and India has a strong tradition of producing talented cricketers. The IPL is one of the wealthiest cricket leagues in the world and has a global audience. Overall, the combination of national pride, cultural significance, and professional league contribute to the popularity of cricket in India.

Now the spirit of the sport has moved to smartphones, especially on Andriod devices. The Play Store is overrun with Cricket-based games. Another reason mobile cricket games are popular is that they allow players to experience the excitement of the sport of cricket on their mobile devices without leaving their homes. These games are convenient and can be played anytime and anywhere, as long as the player has their mobile device.

In addition, mobile cricket games often have realistic graphics and gameplay, which adds to their appeal. Many mobile cricket games also have multiplayer modes, which allow players to compete against each other online. This adds an element of social interaction and competition to the game, which can appeal to players.

Why are mobile cricket games popular?

In addition, mobile cricket games often have realistic graphics and gameplay, which adds to their appeal. Many mobile cricket games also have multiplayer modes, which allow players to compete against each other online. This adds an element of social interaction and competition to the game, which can appeal to players.

Here are some of the best cricket games to play on Android devices. 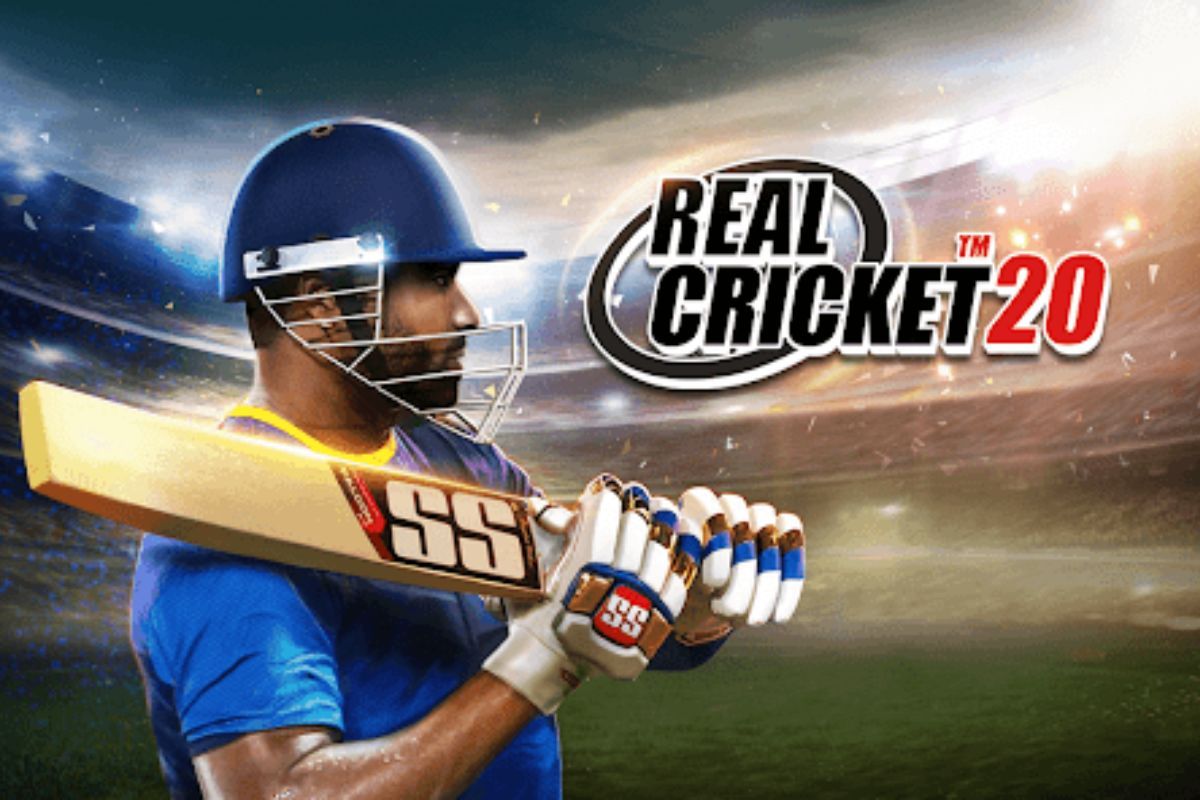 Real Cricket 20 is an entertaining mobile game and has competitive gameplay. There are several available commentary packs and more alternatives for both batting and bowling. The game is available on mobile platforms such as Android and iOS. In the game, players can choose from various teams and compete in different cricket tournaments and matches.

Players can also create and customize their own team and manage various aspects of the team, such as player selection and tactics. The game features realistic graphics and gameplay and allows players to experience the excitement and strategy of cricket on their mobile devices.

Nothing comes without demerits, so there are demerits for this game too. The graphics have been sacrificed for the gameplay. There are fewer stadiums, and you can’t change the roster or customize the player. In the Real Cricket 20, even the stupidest things come with a price, like improving bat speed or ball swing.

How to play Real Cricket 20?

How to play Real cricket 20 offers multiple modes where users can play against each other, and it even has a multiple-button setup to play front foot and back foot. Players can choose to ball or bat; the winner is decided by the number of runs each player makes during the session. 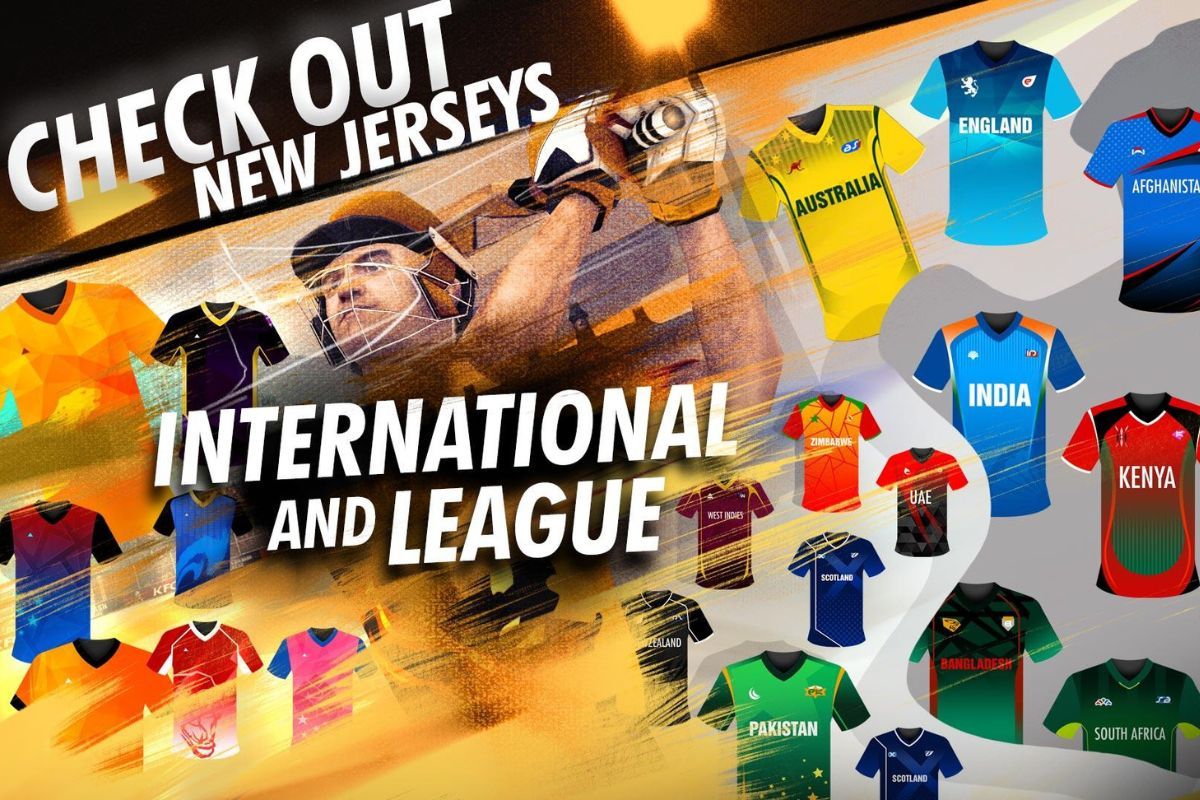 This game has a lot to learn, including managing teams, special time deliveries, and shots and participating in the ranked competition. Timing the stroke is one of the most important aspects of batting in WCC Rivals.

Although practising timing allows you to hit loft and power drive shots, it’s still crucial to play correctly when you do. The timing of your swipes, in addition to attempting to nail the “Power-Drive” and “Loft” shots, affects how far the ball travels.

How to play Wcc rivals?

To play World Cricket Championship Rivals (WCC Rivals), you must select your team from a pool of available players. Players then must choose the format of the match they want to play from Test Match, One Day, T20, and others. You will need to score runs during the game by hitting the ball and running between the wickets. You will also need to bowl and field to get the other team out. 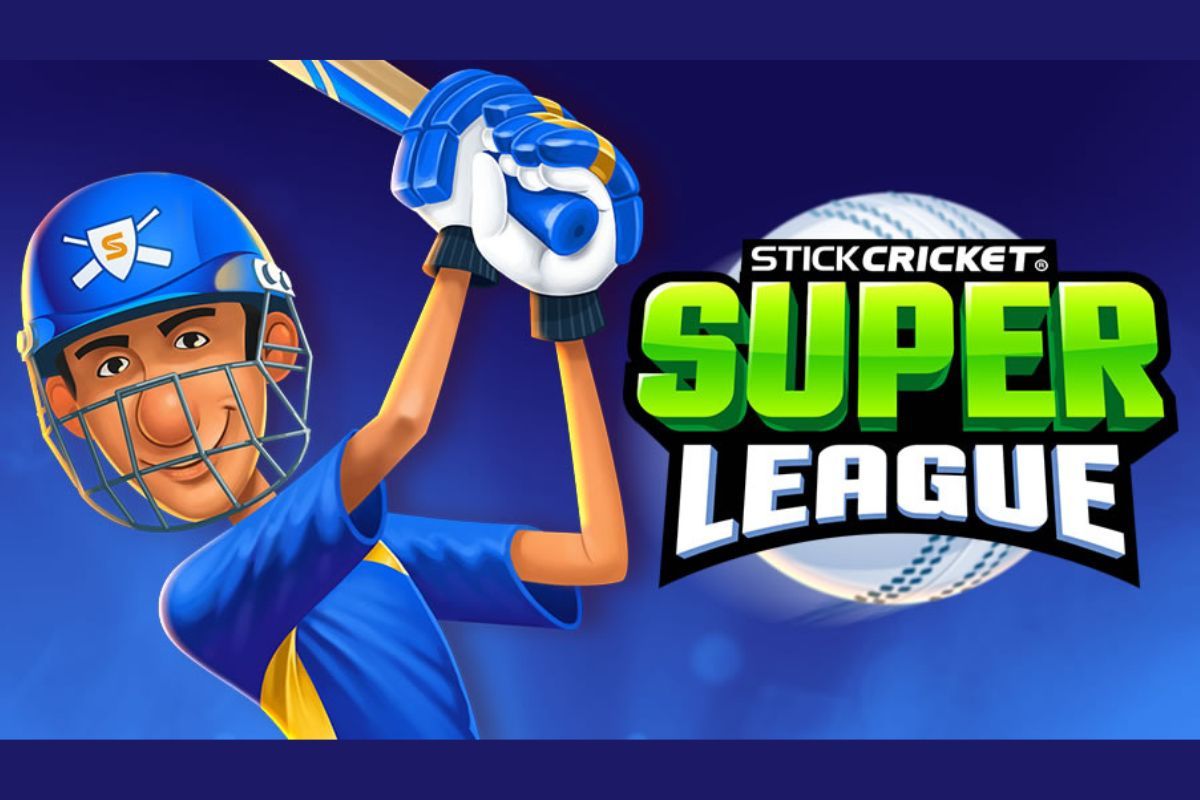 The Stick Sports brand has grown to be associated with high quality and great quantity on the mobile market. Stick Cricket Super League maintains the same straightforward but addictive gameplay that makes all the other games thrilling while also introducing a fundamental team management approach.

You pick a player, give them a name, and fiddle with their appearance before deciding which team to put them on. As you begin your career in the lower leagues, your player will soon become the team leader.

The gameplay is straightforward: to defeat your opponent, slam the ball around and score as many runs as possible. You advance in the league when you win enough games. Teams you play will be harder to defeat as you advance to higher divisions.

Stick cricket super league is easy to play and doesn’t require any complex button setup. Once you’ve selected your team, press the two on-screen buttons to hit the ball. To win the game, all you have to do is make more runs than the other players. 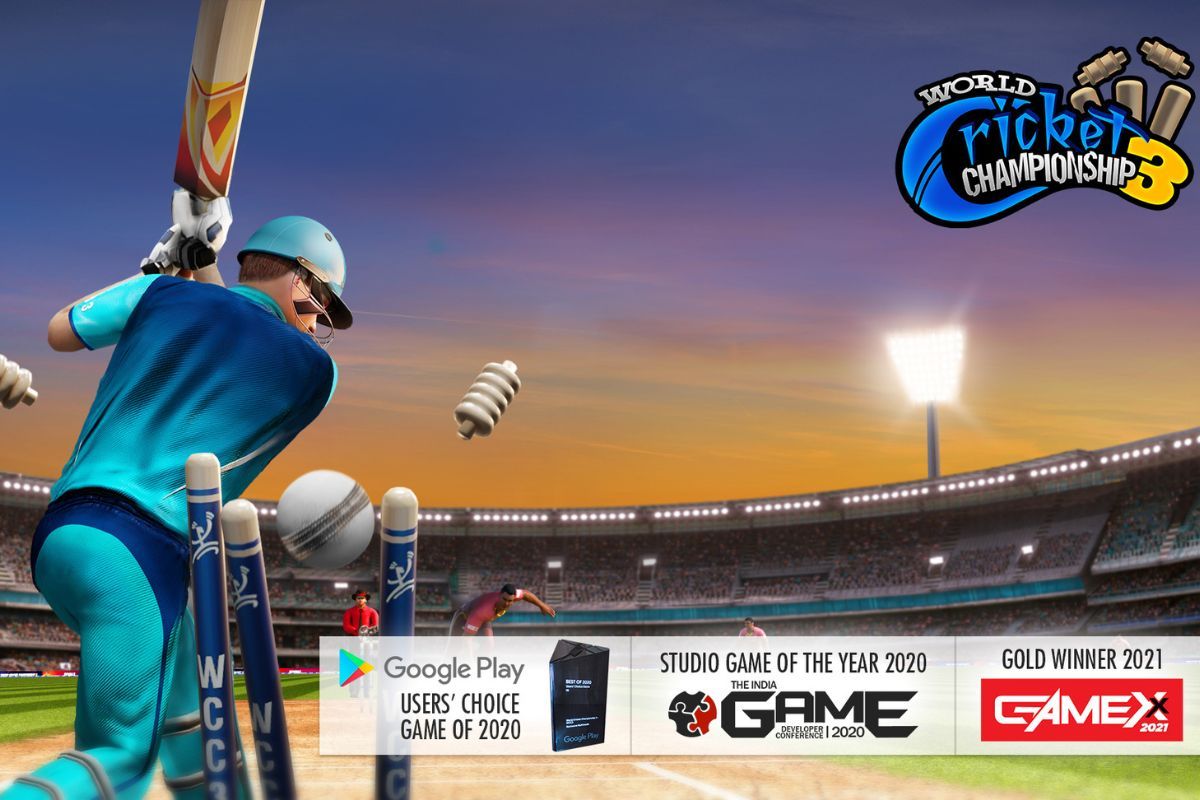 It features multiple game modes, including quick play, tournament, and challenges, and allows players to customize their teams and players. The game boasts realistic graphics and gameplay and offers a variety of options for players to choose from, including different pitch conditions and match lengths.

How to play World Cricket Championship 3?

World Cricket Championship 3 is a complex game and requires some practice as it has a learning curve one needs to master before taking the shots. Players can also take runs during the match, and the team that makes more runs than the other team wins. 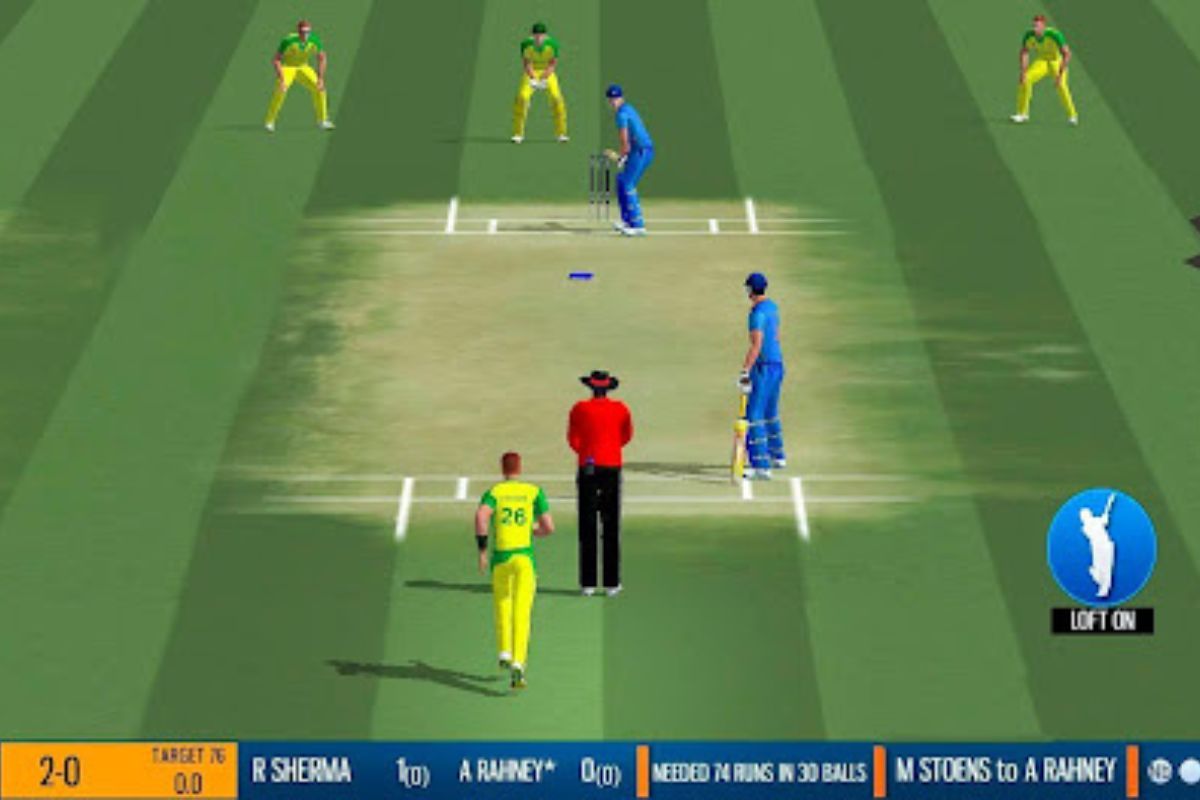 World Cricket Battle 2, alias WCB2, is the most advanced next-generation 3D cricket game with real cricket simulation experience on the Android Platform. The game is an absolute treat for all cricket fans who want to try out a wide range of World Cricket Championships, including the most authentic My Career Modes & Real-Time Cricket Batting Multiplayer!

The game provides ample cricketing experience, including multiple game modes, including quick play, tournament, and challenges, and allows players to customize their teams and players. The game boasts realistic graphics and gameplay and offers a variety of options for players to choose from, including different pitch conditions and match lengths.

How to play World Cricket Battle 2?

Gameplay in World Cricket Battle 2 is very simple: once you’ve chosen your team, you can choose whether you want to play as a pitcher or a hitter. The gameplay changes slightly depending on this choice, although the controls are intuitive enough that players of all ages and experience levels can pick them up with no trouble. 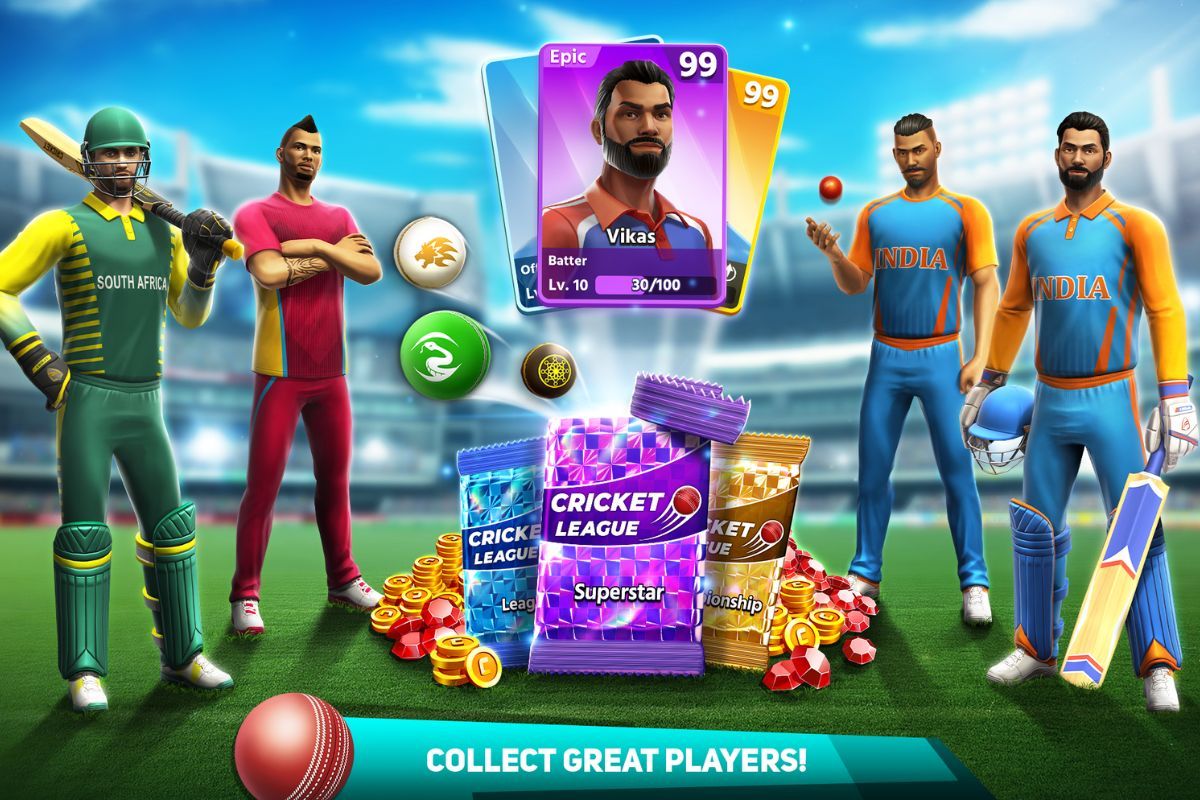 Cricket League is a simplified version of the famous game for multiple players that incorporates several cutting-edge mobile concepts. Fast-paced, entertaining, and bordering on thrilling when everything falls into place and you find the right opponent. Six balls, or one over, are allotted to each player for bowling and hitting.

You must score as many runs as possible or prevent your rival from doing so. Your innings are over if you lose a wicket. Games often take a few minutes, and the winner is the one who finishes with the highest score.

How to play Cricket League?

Cricket League allows players to use batting and bowling, just like an accurate cricket match. The game is pretty basic and uses simple buttons to control the players while bowling and batting. 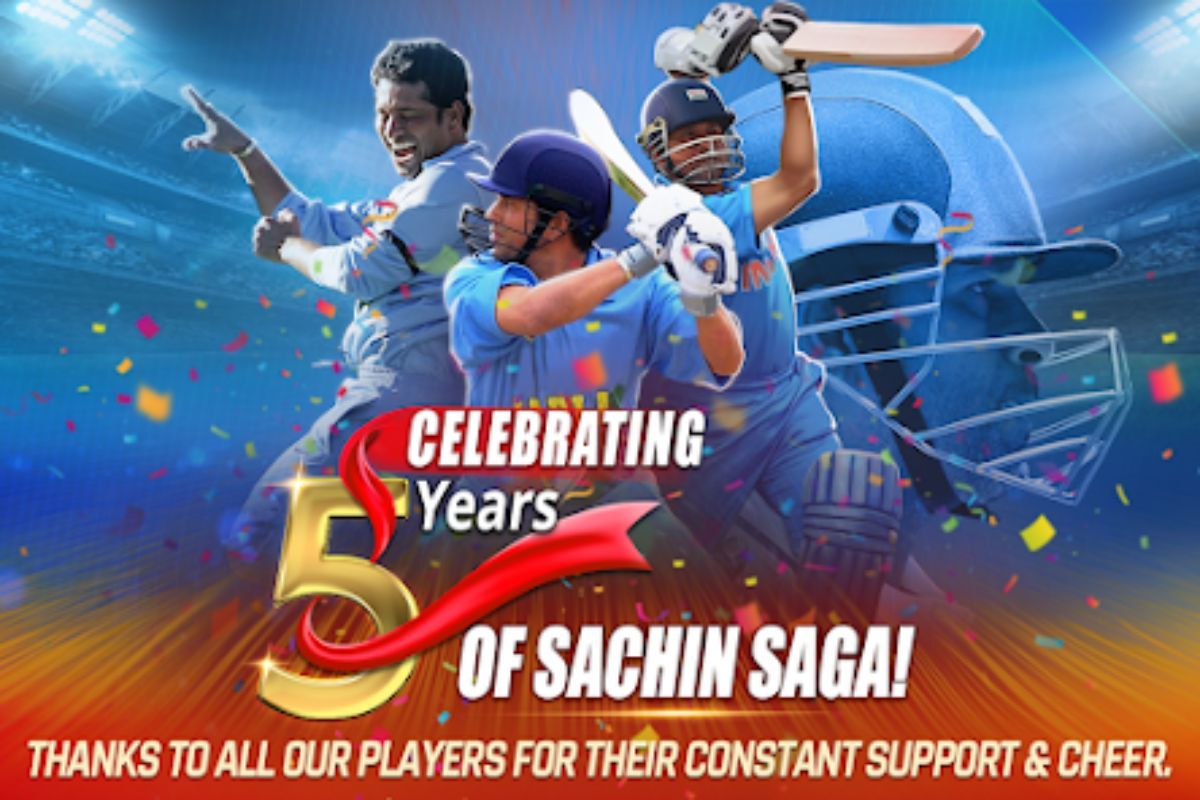 This mobile cricket game is incredible for so many reasons. For starters, the game allows you to relive the career of one of cricket’s most productive batters, Sachin Tendulkar. You will relive notable matches from Sachin’s career in the game’s opening Legend mode. The game offers multiple gaming modes, including Sachin’s international career from his first domestic cricket match up to the present.

The game requires players to work their way through the popular cricket career and a multiplayer mode in which players can compete against each other online. In the game, players can choose from various teams and play in multiple formats, including Test matches, One Day Internationals, and Twenty20 matches.

Players can also select from various pitches and conditions and customize their team’s strategy and tactics.

The game requires players to select five different gaming modes, and one can also choose their team members who’ll accompany the player to win the game. Once the game has been set, players can choose to ball or bat and use the in-game joystick to move the player to hit the ball or throw the ball to the other player. 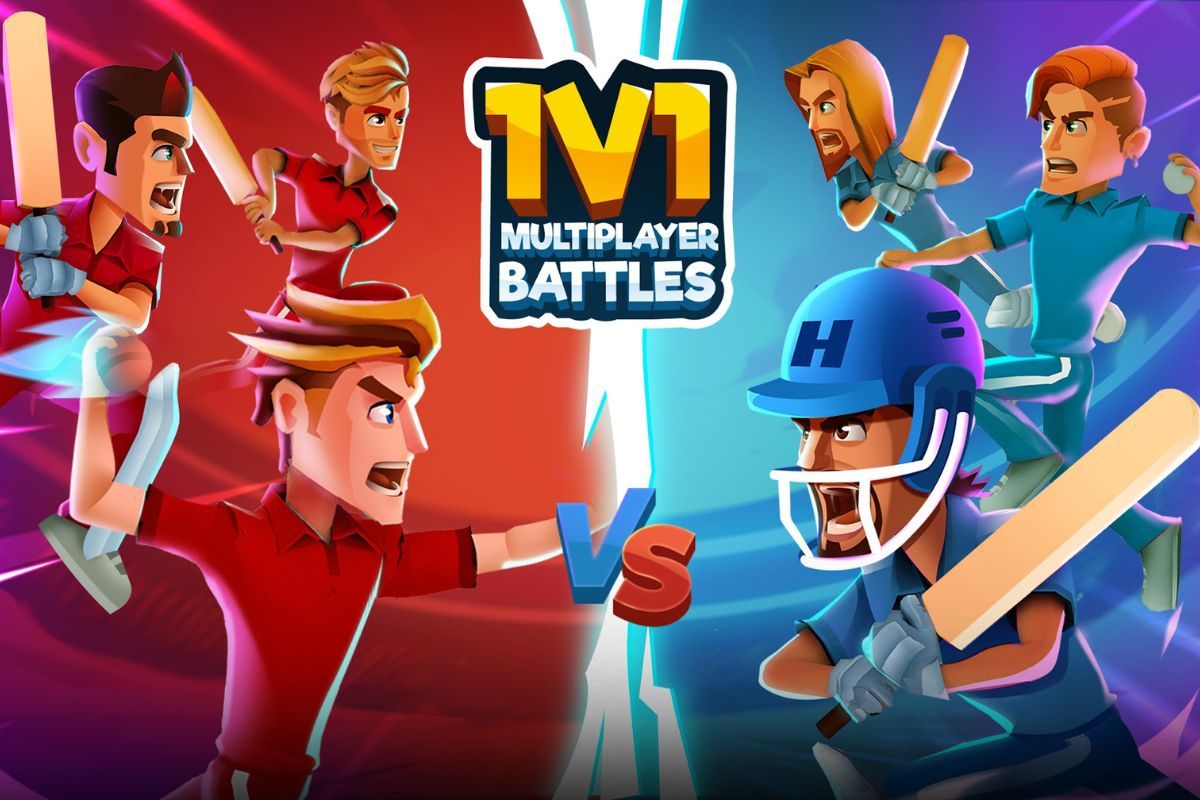 Hitwicket Cricket Superstars is a fantasy-themed cricket strategy game. The game needs gameplay and strategy; you must build a squad and prepare your players. Players have a variety of capabilities. Therefore you must be careful when choosing your starting lineup since you must level up their abilities.

You must choose your starting lineups and participate in a full T20 match or a brief 3-minute encounter against different opponents. The game has an auction function where you can buy and sell players. To win the Cricket World Cup, you can choose from various World Cup Teams, including Australia, England, and South Africa.

How to play Hitwicket Cricket Superstars?

With a simple control setup and almost no buttons on the screen, Hitwicket Cricket Superstars is easy and straightforward. Once on the field, follow the on-screen instructions and hit the ball to score runs. The game doesn’t have a running system, so players can only hit the ball and score runs. 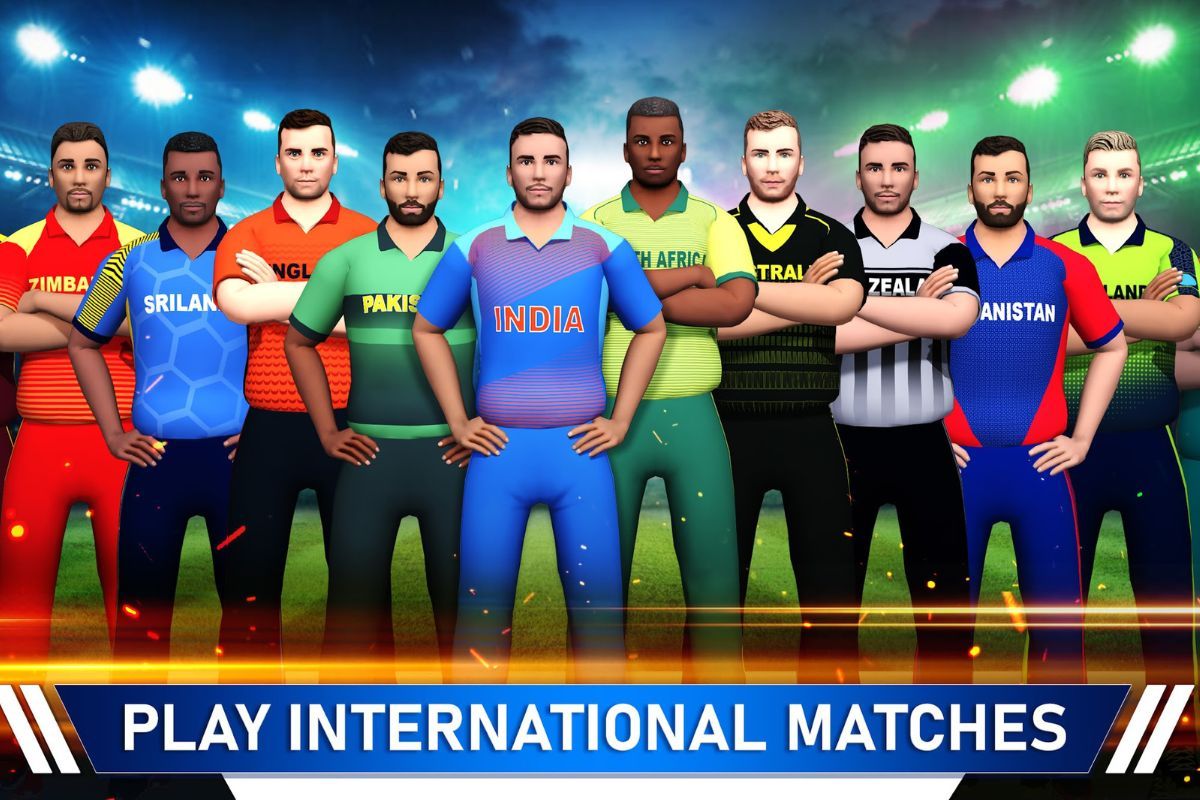 The fast-paced cricket game T20 Cricket Champions 3D was created by Zapak. You may play a variety of thrilling game styles in this game. The game includes live events where you may participate in authentic cricket tours. The game also offers a world-class hitting experience where you can try different shots.

in this game, you can control your ball’s speed, location, and direction even when holding the bowl, improving gaming and creating a realistic experience. Although the game lacks a multiplayer component, several cricket-playing modes are available. You can play rapid matches or tournaments, one-over games, and more with unique power-up modes like Unleash Spring Bat, Vampire Batsman, and other Batsman power-ups.

T20 Cricket Champions 3D is another easy-to-play mobile cricket game that features fewer buttons. To play this game, simply select a mode and choose to bat or ball. The game has a single control that can be used to hit the ball with the bat or throw the ball if you’ve chosen to play the opposing team. 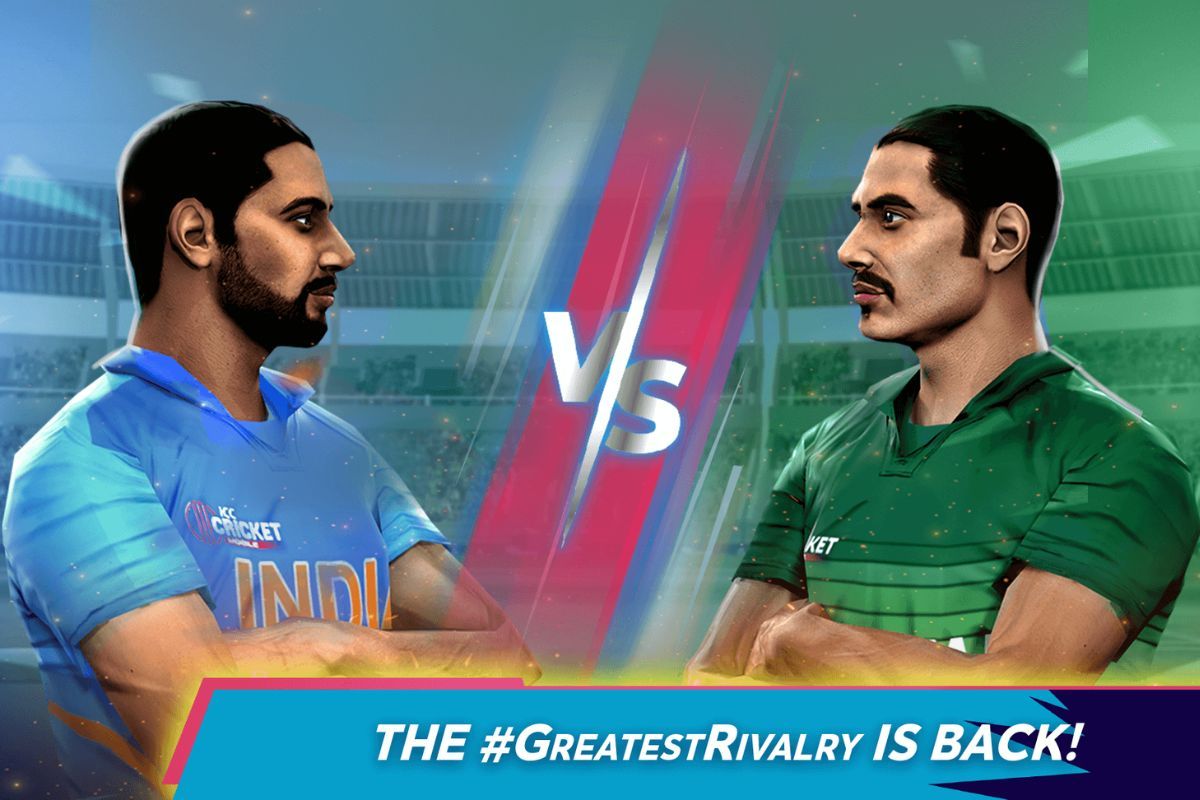 Fantastic aesthetics in ICC Cricket Mobile put it on par with the best mobile cricket game developers. You may select multiple stadiums with unique playing schedules and pitch types. The game’s greatest moments may be viewed in dynamic camera perspectives in replays.

Other game options are available, such as Quick Matches of 2, 5, and 10 overs and Tournaments versus other nations. Realistic batting, bowling, and fielding actions are also included in ICC Cricket Mobile.

How to play ICC Cricket Mobile?

ICC Cricket Mobile is another popular game that uses a complete setup and includes a full-length match, starting from choosing the team, commentary from famous cricket legends to the stadium, and even the batting style with two options to choose from.